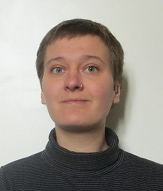 Abstract
The research project Unknown Pictures – Amateur Films as Historical Sources and New Perspectives on the Everyday Life in Yugoslavia has two main points of departure. The first one is a persistent skepticism towards films as historical sources and the resulting lack of methodological tools to work with films historically – more than twenty years after the designation of a pictorial turn. The second one is a concomitant of this persistency: the loss of multiple and new perspectives by excluding specific genres and modes of production – such as amateur film – as valuable sources from the scope of visual material within historiography. Hence, the aim of my research project is to work on the methodological grounding of amateur films within historiography and the scientific use of the rich repertoire of films from Yugoslavia, where film amateurism was a widespread phenomenon.
The research question is, in which methodological way amateur films can be made fruitful and beneficial as historical sources and which perspectives on the everyday life in Yugoslavia can be gained. Many subsequent questions and aspects arise from here: Which pictures, aspects and narratives of socialism in Yugoslavia do the amateur films show and in which way do they differ from professional film production and historical narratives? Which topics are represented and dealt with in the films, respectively, are there topics that remain hidden or neglected? Can we identify local specifics within the films that represent a peculiarity of different developments within the federation? Which and how are social and/or political changes visible? Asking these questions about the visual representations of sociopolitical and cultural aspects of the Yugoslav everyday life within films at the same time is a research of histories from below and a historiography of micro-perspectives besides large, politically stimulated narratives.
This is not to say, that films can simply be read as realistic pictures of the past. Rather, the characteristics of pictures in motion, of applied film techniques and the specific context of the films have to be included into the analysis. In order to avoid a one-sided and insufficient reflection of those numerous aspects, a transdisciplinary fusion of historical film analysis and situational analysis will be used to answer the research questions. The latter method uses mappings, which enable the visualization, capture and analysis of the entire researched situation – including its human and nonhuman actors, discourses, positions and the relations between them. The use of the situational analysis is not just an important step to open up historical sciences towards transdisciplinary approaches but also to establish amateur films as historical sources within their wider filmic, social, technical and political conditions.